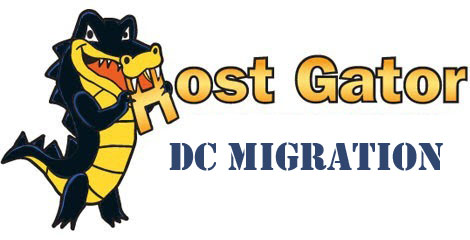 Recently, websites hosted on hostgator servers are experiencing some frequent downtime or connection failure. You might find FTP not working, website files missing and domain IP address changing etc.. Although there's no official announcement about what's happening there, we finally found they're moving datacenters. Means to migrate out Softlayer to somewhere else.

For very a long time, hostgator has been leading and reputable brand in web hosting industry. Their hosting features and structures are followed by many other hosting groups. Till present, hostgator is still the largest reseller hosting provider and one of the biggest web hosting providers with 8 millions clients served. The hostgator datcenter is powered by Softlayer which is the largest datacenter provider, hostgator actually uses half of SL spaces with hundreds and thousands of servers. In 2011, hostgator was sold to Endurance for $225 Million USD as confirmed by CEO Brent Oxley. However everything has been kept with no change till recent periods.

About Hostgator Migration to New DCs

There's no official updates about where they're migrating to. But by analyzing the IP ranges from new server locations, it seems they're moving into the Bluehost datacenters which is 100% managed by their own staffs. As we know, bluehost is also part of EIG, but they got 3 world class datacenters setup in Utah before merged into endurance. Obviously, the business transfer have the datacenters included because bluehost host all their servers in their own DC. Since endurance already took over the management, it's reasonable for them to migrate servers there since there're lots of free space left.

There're total of 3 tier 4 datacenters created by bluehost group in Utah. The DCs take over 20,000 square feet space wtih UPS power, diesel generators, and multiple 10 gigabit fiber connections to locations all over the world. Their tech team is monitoring in each datacenters directly for urgent maintainance. Thus if a problem occurs they don’t use outsourced services and handle issues by themselves in the earliest time. Instead using any existing server platform and configuration, bluehost use inhouse developed linux kernel and deeply optimized for production server purpose. Their founder Matt Heaton is actually professional system developer and he's the leader of the popular project "Betterlinux". So basically, the bluehost datacenters are equipped with leading hardware/software specifications and be able to meet up with the modernized requirements. 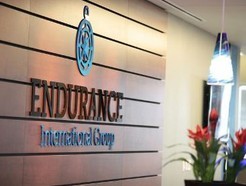 The endurance group mainly operate one datacenter in Massachuseets which is located on east coast of USA. There's no much information about their datacenter configurations because everything is handled by their inhouse team. However, from the live feedbacks by existing users, they seem to have configured very stable system. By check with their professionals, we learnt they configured cloud storage for all hosting servers with RAID 10 array. They have 24×7 server guards and advanced cooling system with UPS power backups to ensure 100% network uptime. This datacenter is currently powering over 50 popular hosting brands including ipage, fatcow, ipower and all over Vdeck control panel based hosting services. They might have migrated all smaller hosting brands to this datacenter for central management.

Absolutely it's because of the leading datacenter specifications. The bluehost datacenters were setup by following the top standards and modernized requirements by IT industry in the next 30 years. There's no bad of Softlayer, however, endurance will simply pay lots of renting fees while there's lots of free space to use from bluehost DCs. So, from any point of view, it's smart choice to move out. The bluehost datacenter has been running reliably and performing good for years. After migrated there, both bluehost and hostgator clients will benifit more since they will handle everything more professionally. In this way, they can take advantage of the optimized datacenter structure and server systems and deliver better service to people.

Things you need pay attention to

Because they just started the migration, it's normal to see some kind downtime or short periods service failure because there'll be DNS propagation to new servers. If you are experiencing any problem, make sure to contact their support in time so they will handle your account with extra effort and make sure your business is always online.