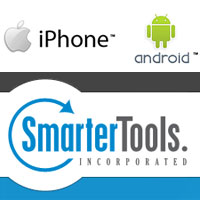 Smartermail is one of the best mail software developed by SmarterTools Inc. SmarterMail is powered by asp.net and marketed as "The Cost-effective Microsoft Exchange Alternative", Since from 2003, smartermail has been offering outstanding windows mail service to thousands of personel and enterprises over 100 countries.

SmarterMail is a scalable and stable solution with fully integrated anti-spam and anti-virus protection with enterprise class functionality. With over 15 million end users and a strong global network of channel partnerships, Smartermail is the best choice for enterprise grade businesses.

Smartermail is windows mail program and mainly used for corporation email solutions. It's not popularly offered in web hosting industry. The best smartermail hosting goes to HostGator.com based editorial experience and side by side reviews. HG smartermail service is configured on windows 2008 R2 with as cheap as $4.76/mon. Smartermail is a simple support by default in Plesk control panel. Smartermail hosting plan features include the following:

Hostgator is on top recommendation not only because of its seamless support to smatermail software but mainly because of their super stable hosting server and network. By powering over 10 million global sites, their people are very serious about server performance and security. Web server, database server and email server are seperated for professioal management and guaranteed performance.

SmarterMail aims at delivering an industry leading and a user friendly user interface for accessing the emails, contacts, calendars and tasks as also provides a complete server management system. The AJAX Web interface is designed by drag and drop operations and tab controls. Smartermail hosting comes with following advantages

As for smartermail itself, there're lots of leading features comparing to all other email platforms. Those spotlights includes

If you have feeled the power of microsoft exchange but not ready to deal with the complex setup and expensive license yet, smartermail will be your best choice. A single executive installer will get everything prepared very quickly. Just go ahead and try out it's free edition and test out.