The top 8 list below is seriously rated via our months experience and user feedbacks, most people who have used their hosting are satisfied, We paste them below for your reference and it will reduce your time when choose the right hosting service.

Here is a starter guide about the most common hosting options you're looking for. You could always find the suitable solutions from the category lists below.

We have evaluated the Top web hosting providers based on the price, hosting disk space, monthly bandwidth, customer feedback, server uptime and money back guarantee. The top 10 list below give satisfaction to most people.

Tips and basic rules for searching a good hosting provider:

1. Compatible with most popular web applications and database.

6. Popular and easy to use hosting control panel.

10. At least 30 days no condition money back guarantee. 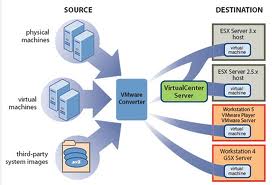 Virtual server or virtual machine is a kind of virtualization technologies used to devide a dedicated server into several virtual parts and each virtual server can have it's own OS and server space and everything to perform like an independent server system.

VMware – Vmware has the longest history in virtual server industry and is absolutely the leader. Vmware products are various from personal to business, either from workstation or professional hosting solutions, vmware has side by side technologies support. Vmware is mostly used personally for learning purpose. their desktop product "workstation" is the best choice for windows platform. Vmware has following core products for IT solution

Virtuozzo – Virtuozzo is definitely the best virtualization software on windows server. 99% windows VPS providers are actually using it. Virtuozzo is produced by parallels company which is also offerring plesk hosting control panel. The best feature of virtuozzo is the powerful backup and less consumption of the host server resources. Since it's a virtualization of the host OS, the performance is the best among many other virtual server solutions.

Xen – An open sourced virtual server technology developed by Cambridge university. It's working under Linux environments and it's being attached to all linux distributions. With XEN, your host machine don't have to be very strong in order to running a virtual server. you can even deploy it under some pretty old equipments computer and the performance is still good.

Openvz – Openvz is another product from Parallels company, it's open sourced and widely used by many VPS hosting providers for it's high performance. you can even edit the kernel to customize the virtual server.

Virtuozzo vs Xen vs Openvz

If you're searching for a windows VPS server, virtuozzo is absolutely the primary choice since it has the highest performance on windows server. Here I'll mainly compare Xen and Openvz, because more and more people are trying linux VPS for the cheap price. When you search the web, there're many cheap linux vps plans. Here're some comparision between the linux vps technologies and help you find the correct vps provider.

Generally speaking, Xen and Openvz both have excellent performance from their source design. The difference is mainly reply on how does the hosting provider address their service. 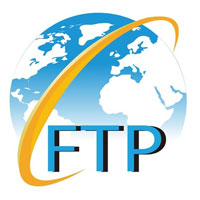 FTP is a file transfer protocol which is used to upload or download files from one server to another on internet. File transfer through ftp can be done via ftp client such as filezilla or via windows explorer directly. Till present, ftp is still the most efficient method for file uploading/downloading.

FTP is not enabled on any server as default. The hosting server admin has to configure it manually through their experience. Normally Serv-U is the most popular FTP software on windows server and Pureftpd is the best under Linux environment. FTP is supported by most web hosting providers

When referring to the best ftp hosting, the hosting server must support the following ftp features

With all above minimum requirements and editorial experience, WebhostingHub is awarded the best ftp web hosting provider. For only $4.99/mo you get unlimited ftp accounts and unlimited disk space. Whub ftp hosting service has a bunch of outstanding hosting features includes the following

What really makes Webhostinghub FTP outstanding is their fast and stable connection between users and hosting space. The webhostinghub hosting servers are powered by datacenters from east and west coasts with max speed zone enabled. They announced not to oversell their space for best performance and strictly follow this policy. Over the general comparison over other hosting service, the webhostinghub server speed is at least 100% faster than other competitors.

FTP is a must when you deal with web hosting service. Choosing the right ftp web hosting will speed up your website deployment. Especially when you're operating a web design company and always upload/download data through FTP connection, speed is most essential point. When you need to give out server space to client, then can manage all stuff through FTP as well. By doing that you just need to create additional ftp user and point to the specific web directory without causing security issues.

To deal with firewall, FTP has both passive mode and active mode configured on server end. Here I'll compare the two modes and help you check ftp related problems when you encounter such.

Active mode – The client connects from a random port (higher than 1023) to the FTP server's port 21. Then, the client starts listening to port N+1 and sends the FTP command PORT N+1 to the FTP server. The server will then connect back to the client's specified data port from its local data port 20.

Passive mode – The client opens two random ports locally (N > 1023 and N+1). The first port contacts the server on port 21, the server then opens a random unprivileged port (P > 1023) and sends the PORT P command back to the client. The client then initiates the connection from port N+1 to port P on the server to transfer data. 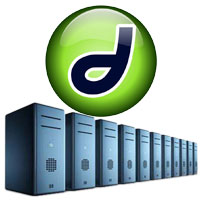 Dreamweaver, DW or Adobe Dreamweaver is a web development tool by Micromedia. It provides incorporated support for various script languages such as Asp, PHP as well as Asp.net. It also comes with pre-designed website templates which help with website quick setup. No matter if you're start user or web developer, dreamweaver is perfect choice for web development.

Arvixe is mostly recommended dreamweaver web hosting by editorial experience and evaluation side by side on plan features, dreamweaver compatibility and customer support etc. Arvixe provides both asp.net hosting and Linux hosting plans that are dreamweaver compatible. The best of the best is arvixe hosting server has super reliable connection, you will not lose connections to remote server while you're working on your website. Arvixe hosting plan comes with a bunch of features as following:

Because dreamweaver works with multiple scripting languages such as ASP, PHP and even Asp.net, the hosting must be configured to support for each language. You might develop you site via plaint HTML/CSS or PHP technologies or any other skills you're familar with.

Arvixe offer web hosting service via both windows and linux platforms so no matter what kind of programming skills being used on your website, it will be working properly.

Dreamweaver is known as one of the most popular web development tools and comes with a bunch of outstanding features. dreamweaver core features as below 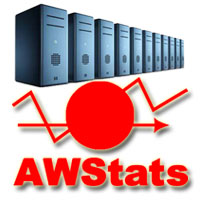 Awstats is the Best free log analytics software which can be used to generates advanced website, streaming, ftp or mail server statistics graphically. It works with the major web servers such as IIS and Apache. With a command line in few seconds you can get a fully report from your log files in graphics.

Actually awstats comes with most hosting providers for it's popularity and powerful analysis. Awstats is also the optional choice with a standard cpanel hosting provider. When your search for the reliable awstats mostly you are looking for a reliable Linux hosting or windows hosting.

Awstats is a basic support for most hosting services and mostly it's offered by default. The best awstats web hosting does not only focus on awstats availability but the actual server performance, support quality and price value of the purchase. Based editorial experience and continous monitoring, we highly recommend the following brands for low price and leading hosting features.

Webhostinghub is 100% cpanel based web hosting with most service offered as unlimited plus free domain registration and free website migration from other web hosts. What really makes whub outstanding is their leading server performance and advance security protection over your website scripts. Webhostinghub core features includes:

If you're looking for best awstats with both  Windows and Linux support, Arvixe is definitely the best choice. With only $5/mon you get full featured asp.net hosting support and unlimited sql server database, unlimited space and bandwidth. Arvixe use the newest server hardware production and OS to generate the best performance for your website. Powered by world class datacenters/networking, your data is put in safe and reliable space. Arvixe awstats hosting core features includes:

AWSTATS is always loaded as default tool that produces visual statistics about visitors to your site, and are updated daily by most hosting providers. Because AWSTATS usually runs in the background and will take some server resources, the update is always performed at midnight.

To access AWSTATS, simply log into your cPanel and click the "AWSTATS" icon under the "Logs" section. You will then see a listing of the domain names on your account. Click the magnifying glass icon next to the domain name you wish to see stats for.

cPanel is so great nowadays and lets people to view latest visitors lively. From logs section you can click the "Latest Visitors" to check how's your website being visited. 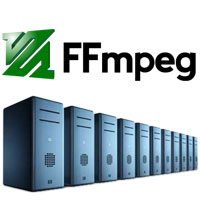 FFmpeg is a complete, cross-platform solution to record, convert and stream audio and video. It includes libavcodec – the leading audio/video codec library. FFmpeg is a MUST for streaming video & audio for video sharing applications. The popular Video sharing site youtube is ffmpeg tech based.

By editorial evaluation and years' experience with multiple hosting providers, the best ffmpeg web hosting award goes to Arvixe. Arvixe hosting is 100% compatible with ffmpeg scripting and offers side by side hosting support. Best of the best is up to 60 days money back guarantee for worry free purchase! you don't need worry about anything not working fine, you simply request money back if things go wrong. 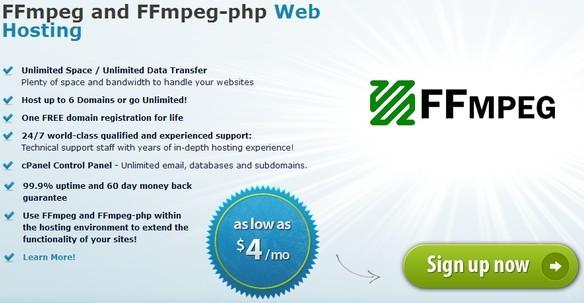 Being the best developer friendly hosting provider, arvixe is trying to satisfy each web master as much as they can. Their people setup the hosting server via maximum available hardware resources to make sure not overloaded. What most important is their support people are everywhere from United States and truely available 24*7 to accept customer support requests.

FFmpeg project is made of several components:

FFmpeg hosting is a kind of streaming hosting, it mostly refers to a php module from php installation, it gives you the ability to create and run online video sharing websites. FFmpeg hosting requires high performance hosting servers to handle the heavy loading. For such case, ffmpeg is disabled by many hosting providers under a shared hosting plan. If you do find some ffmpeg supported hosting, there're lots of restrictions in using their service because most of them are not willing to support this technology. Once you need to contact support for further setup they will redirect you to higher hosting plans like VPS.

Arvixe is rated the best with ffmpeg support over lots of popular video sharing scripts such as WordPress – Joomla – vShare – Clip-Share – Rayzz and over 10 popular applications. Choosing arvixe for your ffmpeg script means fast and success!