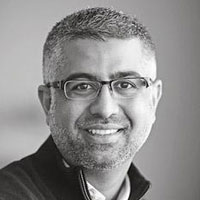 EIG – full name is "endurance International Group". EIG is one of the world's largest and most profitable hosting providers. It's consistently grown at triple-digit rates and continue to see great opportunities ahead. They are positioned to be a dominant player in the online business services market for many years to come. Till present there're over 30 hosting brands under EIG group such as Fatcow, Ipage, webhost4life. Here is about the company story and CEO introduction.

Steve Sydness is the EIG leader and CEO, he joined Endurance in September of 1999. In addition to overseeing the Company’s day-to-day operations, he is responsible for determining its long-term strategy and directing future growth. Steve has been instrumental in building the Endurance management team and securing its source of capital. Before joining Endurance, Steve served as an Executive Vice President of Worldwide Sales and Marketing at Great Plains Software, where he spent 12 years helping to grow the company’s workforce from 100 employees to 1,100, and its annual revenues from $6 million to $150 million. Steve played a key role in leading Great Plains through a successful IPO, obtaining venture funding and directing expansion into global markets. In 1992, Steve took a leave of absence to run for the United States Senate. He holds a B.A. in business administration and history from Principia College, and an M.B.A. from Harvard Business School.

Below is the summary of EIG quoted from their website

From very humble beginnings in 1997, when Hari Ravichandran founded the company under a different name in a windowless one-room basement office, Endurance has traveled a long and sometimes difficult road. We have met and overcome many obstacles. With team work, extra effort and a never-say-die attitude we have survived, endured and ultimately prospered.

During the late 1990’s, we grew like crazy. Fueled by venture capital money, we had over 100 employees by the end of 2000. Unfortunately, like so many dot-com start-ups, what we did not have was a sustainable business model. In late 2000, when the Internet bubble burst, our future was anything but certain.

From over 100 employees, we retrenched to about 20. Those were difficult times. There were many days when we thought about throwing in the towel, as so many other dot-coms had done. But there was something within this team of 20 that would not allow us to give up. We knew we had something of value to offer, and we were not going to leave it to die by the side of the road.

In January 2001, this intrepid band rallied together to save the company. We reinvented ourselves around a sustainable business model of paid website hosting. At the time, free hosting was available all over the Internet. We knew we had to offer something special if we were going to get people to pay us for shared hosting. We called the three-month effort to build and launch all the tools and systems necessary to support paid hosting “Operation Endurance.” We figured if we got it right, it would increase our ability to go the distance, to survive for the long-haul, to stay in the game. In short, it would increase our endurance.

Soon after the launch of Operation Endurance the team was introduced to the saga of Ernest Shackleton and the ill-fated, yet heroic, Antarctic voyage of Endurance.

The team drew strength and inspiration from the trials, hardships and ultimate success of Shackleton and his crew. Trapped on the frozen Weddell Sea off the coast of Antarctica after the Endurance was crushed by ice, Shackleton and his crew survived against the longest of odds. After 15 months, they escaped the ice and sailed in open lifeboats to deserted Elephant Island. Shackleton and five others finally crossed 650 nautical miles of the most perilous ocean on earth to return to civilization. With the ultimate rescue of those on Elephant Island, the 20-month Endurance saga ended without the loss of a single life.

Six months after Operation Endurance, we built on its success with our first acquisition of shared hosting customers. We learned a lot during that first migration and we have added to that base of knowledge during each of the subsequent migrations. Over the years, we have successfully migrated account bases that number in the hundreds to those that number in the hundreds of thousands. We are understandably proud of the fact that nobody has successfully migrated more shared hosting customers from one architecture to another than we have.

In 2003, as a well-established and successful enterprise, we renamed the company. We choose to honor the heroic accomplishments of Shackleton and the Endurance crew as well as the success of our own Operation Endurance by adopting The Endurance International Group as our new moniker.

Since then, we have continued to build a great company in the spirit of Endurance. And we are confident of our future success because we know that: With Endurance Comes Success.