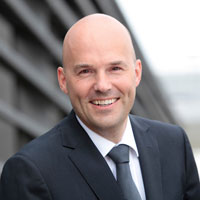 I think as long as you're dealing with hosting solutions you should  have heard of the name – 1and1. Yes, 1and1 is the largest hosting provider in Europe and the ony hosting company who can offer both windows and linux hosting for the same price.

1&1 was founded as a reseller of technology products, including an early online service, in 1988 by Ralph Dommermuth (now CEO of United Internet, the public parent company of 1&1, and CMO of 1&1).

Today, Robert Hoffmann has succeeded the former CEO Oliver Mauss to be the new CEO of 1&1 Internet Inc.,

Previous CEO of 1and1 as well as of the company’s subsidiaries in UK, France and Spain. In his new position, Oliver Mauss is in charge of 1&1’s international web hosting operations. He succeeds Andreas Gauger, who decided to step down from his position as Chairman of the Board after 13 years.

Previously, Oliver Mauss worked for Vodafone Group for over 10 years, most recently as the Global Director of Business Product Marketing. Before that he held positions in product management and business development at telecommunication companies o.tel.o and RWE Telliance. Oliver Mauss holds a Ph.D. in Communications Engineering from the University of Aachen, Germany.

Andreas Gauger founded web hosting provider, Schlund + Partner in Karlsruhe, Germany in 1995. Three years later, 1&1 Internet acquired Schlund + Partner and in 1999, Andreas Gauger was appointed Chairman of the Board. Within a short time, Andreas Gauger has led 1&1 to become one of the world’s leading web hosts, by defining a standard for user-friendly and cost-effective web hosting solutions and by developing and directing 1&1’s successful international expansion strategy. With more than 10 million hosted domain names, 1&1 today is the leading provider for hosting personal and business websites.

Hoffmann has more than 20 years of IT business experience and has been with 1&1 Internet for 6 years. Being the new CEO of 1and1 hosting, Hoffman is responsible for product innovation and the internationalization of its hosting business.

For more information on 1&1 Internet Inc. visit the website at www.1and1.com

1&1 Internet Inc. is a subsidiary of United Internet, a profitable public company with a market cap of $4 billion. 1&1 was founded in 1988 and hosts more than 10 million domain names, while more than 47,000 servers run on the company’s five state-of-the-art data centers. 1&1’s global community is over 7 million customer contracts strong. The company’s U.S. headquarters is located in Chesterbrook, PA. For more information, please contact the company at www.1and1.com or 1-877-461-2631.

From editor's review, 1&1 is not recommended hosting for decent service and support. They keep customer by offering free domains and will not give you opportunity to move out. If you're considering signing up their service, it's not suggest use their free domain or simply select another provider such as ipage or webhostinghub etc for quality services.