The London Olympics Just begins. Because it's joined by all countries in the world, a little event might cause global response. Before the Opening ceremony, all kinds of advertisements have occupied the London streets and squares because everybody would like to make their names noticed by people. Web hosting providers also joined this campaign and put their ads/promos everywhere they can thought of. In this posting Let's view some of the popular ones.

Godaddy is the leading advertiser in web hosting industry. The godaddy brand is showed in almost every important sports meeting, either civil or international. The company hopes to use the Olympics stage to try to re-brand its image. The common theme: beauty on the outside but brains on the inside. 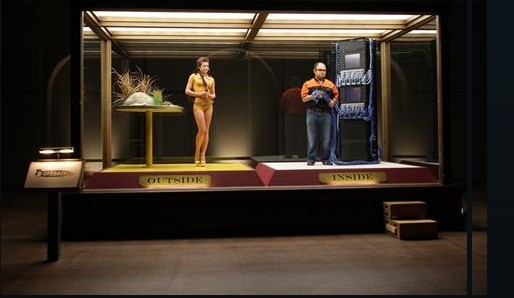 From the overall Godaddy marketing history, they have been relying heavily on the sex appeal of its "Go Daddy girls". Although they wish to reload it's brand by the Olympics, there's no much difference with their new image comparing to old images. However, instead using the traditional sexy girl to attract eyeballs, this Olympic ads shows more about the company's customer service and website design service. Hot lady is still there but it tells us more that people who do the company’s actual work are all men.

Another big name in this ads campaign is 123-Reg. They're using 160 'streetliner' advertisements installed on 160 buses throughout Greater London during the Olympics period. It's said to be the first try for online hosting advertising. 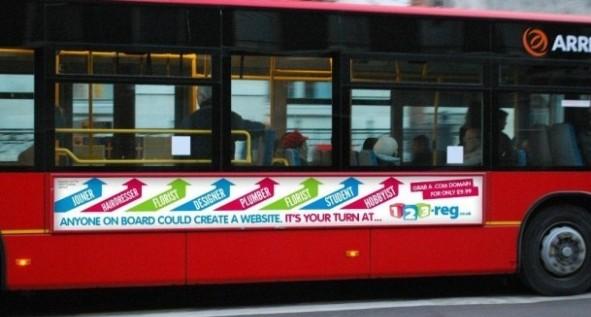 About 123-reg: founded in 2000, have been offering domain registration and web hosting to tons of online business. It's by far the largest UK domain registrar. It's working similar to godaddy service and also offering lots of promotional codes. Because it's targeted to UK market, their billing is made for BGP.

Other big names such as hostgator is not included in the list because they're in the process of business transition to EIG. If you have tracked the hostgator you will find their official promo/ads are less than before.

How do we think about such advertising?

Well, it's absolutely good chance to gain more business. That's why London is almost occupied by all kinds of ads. However, more ads doesn't mean the level of service quality. Especially for online business, reliability is most important factor to keep customers. Just like all other business, ads is only a method to get customer but you must do more actual work to keep the customer.