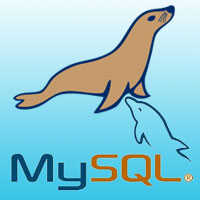 Looking for high performance database engine to support your website? You might be surprised for the limited choice. Most developer and webmasters install either mysql or sql server to work with. But today, we'll introduce another leading database engine – MariaDB.

MariaDB is 100% open sourced database that's released under GPL license. The project is supported by a huge community and everybody be able to contribute to each new release. The name MariaDB is named after the project leader's younger daughter – Maria. The latest version is MariaDB 5.5.30

The purpose of MariaDB is to provide a responsive, cross platform compatible and high performance database engine to small and large applications. The Maria project early members are mostly from Mysql community. The community keep each release the same as mysql version, for example MariaDB 5.1.47 while there's MySQL 5.1.47

Comparing to all other database systems, mariaDB is very new. But it's already installed by lots of popular groups like Wikipedia and Google because of its high performance and abilities in handling large data transfer. However, it's hard to find a regular hosting plan with MariaDB support. Most hosting servers are still Mysql powered for it's long historical popularity. If you are web developer and would like to use MariaDB, you need to get a VPS or dedicated server then install the database software. It's free to get and just the same way of mysql installation. You wouldn't get a single problem to have it setup and running perfectly.

MariaDB has very low server end requirement so you can easily on a budget or enterprise server system. If you're looking for a decent VPS server plan, we highly suggest the best 5 vps hosting list. If you only like to try out MariaDB on live server system with less investment, the vps under $10/mo page is suggested.

The mariaDB project is announced to be drop-in replacement of mysql and improved a lot for its storage engines. Below is a list comparison of the two softwares.