European Debt Crisis is hot topic on many newspapers. Personally I did not pay attention to such report because I'm not professional and not interested with it. But I'm wondering how is the economy going from different areas on the earth and just did some searches. I found some interesting pictures from google earth to show up the current global economy. I would like to share with you all. Note: the below contents are mostly from third party matirals not my personal writing.

This picture is taken by NASA sun-synchronous orbit statellite at 10:00 PM over the world.

We can pay attention to the following points: 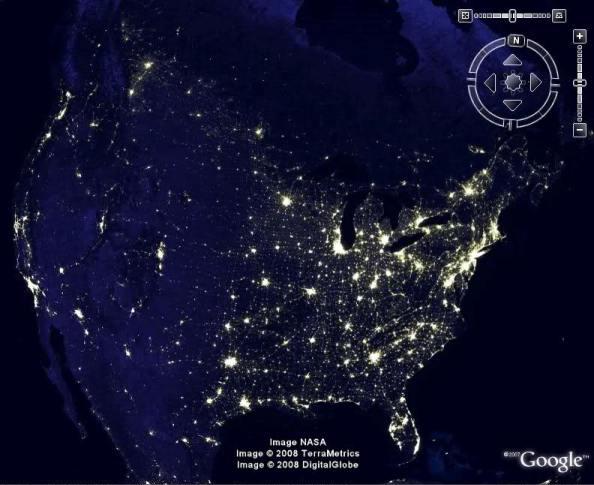 The U.S. economy is mainly distributed in four groups of cities: 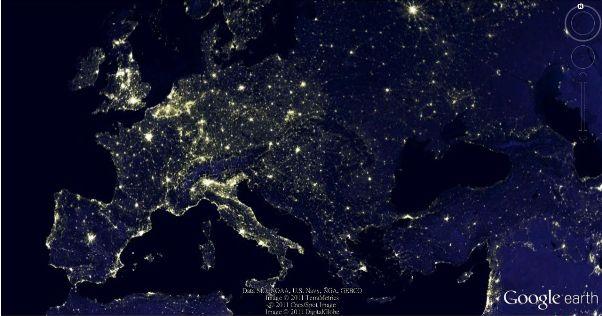 From the brightness we see the northern city group is more developed than the southern. 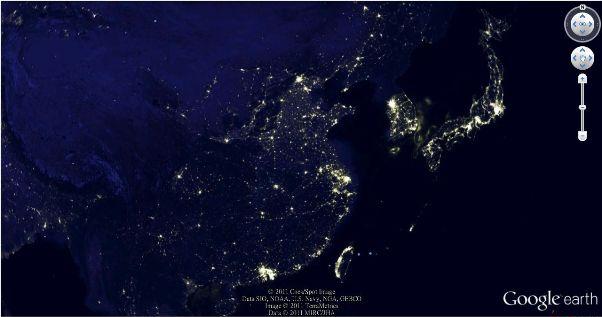 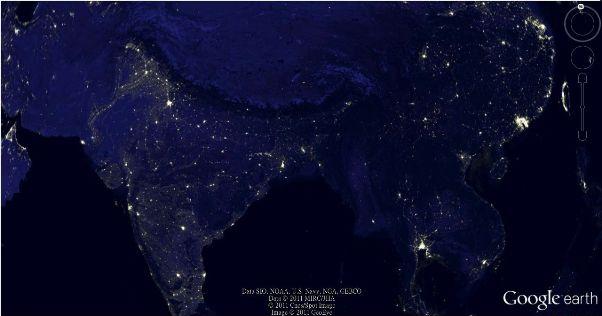 From the figure we see that India has average brightness over the country but does not have a real city group. Featured cities: New Delhi(north on map), Mumbai(on the west coast, the brightest one), Kolkata and Chennai. 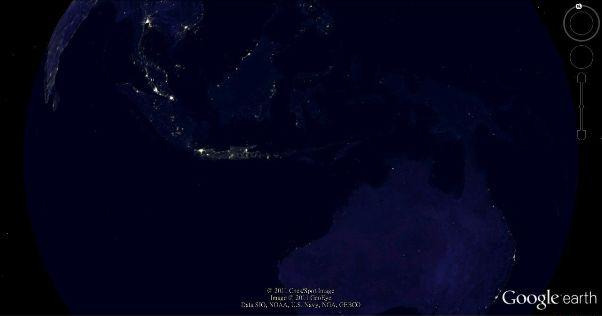 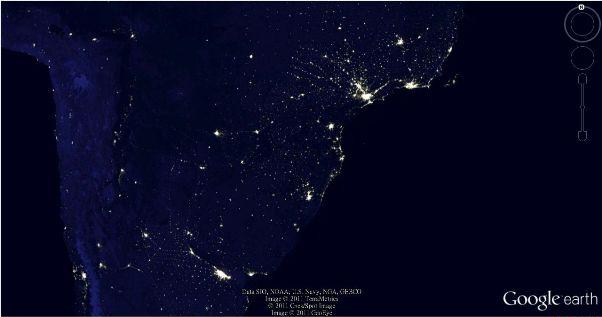 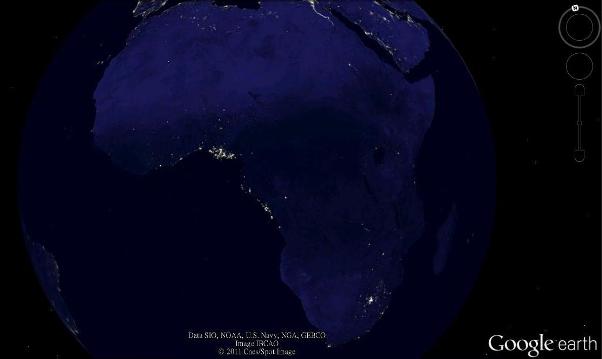