The Company Behind WordPress

Home / The Company Behind WordPress

No matter the wordpress core software or free blog platform, it's always the primary considration for many people who like to put up a website in quick time. From some reports, the wordpress powers over 70 millions of websites on the globe. Have you ever thought who supports wordpress and the entire backend team? Recently I found the following and think it's necessary to share with you all in case you're not aware of it yet.

Automattic, the company behind WordPress.com, is a quiet Web powerhouse.

WordPress now powers 70 million sites, up from 35 million sites a year ago. Almost half of the biggest blogs in the world are hosted by WordPress.com or run on their own versions of the open-source WordPress platform. 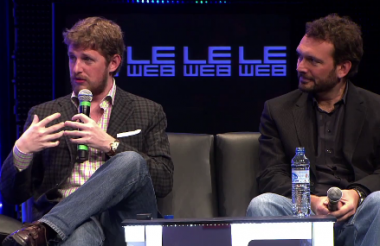 The company is profitable, and expects to bring in $45 million in revenue this year, according to CEO Toni Schneider and founder Matt Mullenweg.

The majority of Automattic revenue comes from premium subscription services, and that’s supplemented by a “VIP” enterprise publisher business — in total, there are half a million paying customers — as well as a recently launched advertising revenue-sharing network.

Now Automattic, which has long been a distributed, flat company run by the two-man team of Schneider and Mullenweg, is bringing some outside executives into the ranks.

New CFO Stuart West, who was most recently an executive-in-residence at Andreessen Horowitz, had also been at Wikimedia, Kno, Tivo and InfoSpace.

West will be in charge of all things financial and operational. “When you see this much usage, you know there’s an extraordinary revenue opportunity,” he told me.

Automattic is not your normal Silicon Valley Web start-up, between its commitment to and grounding in open source, its workforce distributed around the world (the company currently has no office, though it’s planning to open a new San Francisco headquarters soon), and its relative lack of interest in tech trends.

For instance, way after the rise of Tumblr and the rest of the social Web, WordPress.com last year added its first social features, to tie its blogs, bloggers and readers together into a network.

The company was slow to get social because it was more focused on expanding its blogging tools into a more general publishing platform, and also because of its general commitment to openness over walled gardens, Mullenweg said.

Meanwhile, Schneider said mobile usage has grown dramatically in the past year (is there any site or app for which that’s not true?), with a 500 percent increase in the number of mobile views and amount of content created from mobile devices.

What’s next for Automattic is tighter integration into social networks and a more seamless set of tools across different devices, the two said.

“We march a little to our own beat, and sometimes it’s out of sync with Silicon Valley — and that’s been to our advantage and disadvantage,” Schneider said. “We don’t get sucked into the latest thing, while some of our competitors are distracted by the latest shiny object. The disadvantage is sometimes we’re against the grain of what everyone else is excited about, and people ask ‘Why don’t you have x yet?’ — but we go at our own pace.”

One other way Automattic is unusual is its incredibly low rate of staff attrition. Mullenweg said that the company currently has 106 employees — and it has only ever hired 118 people.

Read the original article at Allthingsd