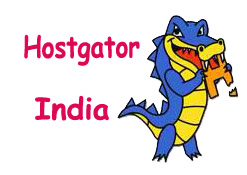 Being the industry leader for many years, Hostgator launched their first oversea branch in India and they will start a completely new business which is purposely for Indian clients. It's surprise to see hostgator do business in this way. Let's see how it looks like.

I have to say, India has one of the most advanced IT structure. If you search around the internet you can find many IT professions are Indian people. I belive hostgator is currently serving a big amount indian clients and there's still strong requests in that country. That's why their website domain is ended with ".in" which is for india only. The strong point we can learn from is their datacenter is even located in India to support the best connection.

The service plans are the same as hostgator.com site except no windows hosting. Since the price is calculated in India Rupee, I'm not sure how much it is in USD. Regardless of the price, you get the same hosting features such as cpanel hosting control panel, Plesk sitebuilder wizard, Up to date php and mysql versions etc. So basically their India services are following the US official site.

The only difference with hostgator.in is they can offer 7 days free trial service! but you have to be existing hostgator clients in order to claim this offer. They do this for business promotion and earn the big market from local India.

Is there any coupon code for hostgator.in hosting plan?

You will be disappointed to learn that any existing hostgator coupon on hostgator.com won't be working on the india site. Since it's a completely new site, people will have to start over to use their india service. However, just like the way hostgator did in the past years, they will offer promo codes with no doubt. Just keep an eye on their site.

So do you like the old hostgator or the india one? What's their difference?

I think most people would still prefer to hostgator.com at the moment since we have been used to their system, support and more. The .in site still needs some time to approve itself.

Unlike the .com official site, hostgator.in used standard cpanel+whmcs system which is introduced by most linux hosting companies. Not sure if hostgator got sufficient experience with this system but since there're many talents work there. I think they can still manage everything properly.

Another difference is about their hosting plans. While you can sign up windows hosting from old hostgator site, it's not available yet to hostgator.in site. This service might be too new to offer on both sites. Hostgator has been standard linux hosting service since from their start, windows hosting won't be introduced to hostgator.in unless it's approved really working perfectly.

The india site is completely IN datacenter powered. They announced to offer unlimited for disk space/data transfer etc like their .com site, however they definitely need to pay more since bandwidth is very expensive in that district. Most local hosting providers be not able to offer such features. If they can keep up with the great offer and powering with decent tech support, they will earn big success again.

How do we think about hostgator india?

Will .in conquer .com? Absolutely no, since they both are owned by the same company and hostgator.in is just a branch of .com site, there's no really worthy comparison between them. However, hostgator.in is only targeted to Indian customers so there's no much expandability unless people would like to do business in India. Although there're over one billion people in India, most are not IT based which is for sure. So there would be a long time to approve if hostgator.in will get successful business.