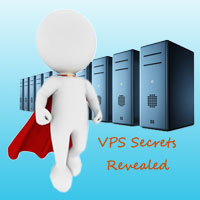 When your website grows up or when you like to gain more server access, VPS server is the most affordable choice. The service is provided by lots of hosting providers with various offers. In general, the market is a bit complex because of the big amount competitors. You can easily run into bad choice by advertisements. While many users pay attention to price, server providers are also trying to be profitable as more as possible. In this article, we have an in-depth reviews over VPS server specifications and help find the best equilibrium point.

We have introduced some of the popular VPS technologies in vps hosting page. Generally, if you're looking for linux server VPS, the most popular platform will be either OpenVZ(www.openvz.org) or XEN Server(www.xenproject.org) because they will help server providers reduce investments. Server providers be able to customize the software configurations from kernel level. The weak point of the two solutions is they can oversell easily, and that's one of the bases for cheap vps server service.

For better choice, the virtualization platform will be setup on Virtuozzo(www.parallels.com/products/virtuozzo). It's well known for system level virtualization where system resources will be allocated instantly once the server instance is created. Means clients with such server service will get guaranteed resources. Virtuozzo will make full use of the host server smartly and ensure each clients will not be affected each other.

Vmware(www.vmware.com) and Hyper-v would be best for Windows vps creation. VMware is leading virtual platform solution with long history from the industry. It's also one of the best cloud computing solutions for it's powerful and stable performance. You can easily create/edit server configurations with live monitoring. Actually you can install almost all server OS by vmware platform and each server will work independantly and won't affect each other. However, if you're in need of dedicated solution for windows VPS, hyper-v is your best choice. Hyper-v is provided by microsoft official team and fully optimized for windows server virtualization. Via hyper-v you can make full use of all available windows server advantages just like on dedicated server. If you need high quality server performance, you shouldn't choose any other solution but hyper-v.

Do you need windows or linux vps server? Normally, when your project is microsoft technologies based such as asp.net then you have to select windows option. However, windows vps service is more expensive as it requires microsoft license and support. You also need to pay when you like to install extra services like MS Sql server. Advantages with windows VPS is you have GUI interface and be ale to configure most services by mouse clicking. You also don't have to use a hosting control panel for website setup because you get graphic views for everything. But you still have choice to use one of the best free windows hosting control panel "websitpanel" where you can automate most services from central setup.

When you go with linux vps server, you will be pretty professional in command line operation or else you will highly rely on hosting control panel softwares like cpanel, webmin etc. But unlike windows vps server with high system requirements, linux can work with very low server configurations. Since most linux OS and softwares are free to use, you can reduce the overal investment greatly. Linux vps is suggested when you like to study server management or when you're skillful in using the platform.

What means managed or unmanaged vps server? It's defined differently by providers. However, for most of the case managed server means you get hosting control panel and backup support while unmanaged means 100% naked servers with initial installation. You have to choose via your management skills and project requirements. If you don't have the time in configuring/monitoring your server, managed service is perfect choice with the extra costs. With unmanaged server, you need to be responsible for server configuration and protection as well as failover backups.

Based our experience, managed vps server is selected for production websites because they would like to keep everything in safe hands as more as possible. You can also get quick support over managed servers because of the extra payments. Unmanaged server is most popular for practicing. You might be pretty skillful in operating the server on local computer, but things change when it goes online. You have to monitor the system resource usage and server security in order to keep it in healthy state.

How is Cheap VPS Server Provided?

So, how come there're many cheap vps server plans? When we say cheap, it means server price under $10/mo. If you check those service more we'll find they're 100% linux based. Unlike all leading vps solutions, these cheap servers are setup under less powerful hardware installations. Moreover, most vps servers are created by open souced platforms like Openvz so providers can reduce the investments. From above introduction we learnt this platform can be oversold heavily. For instance, we can create up to 10 vps instance in order to keep a healthy environment. However, in order to be profitable from cheap server offering, you have to increase the vps instance to 15 or 20. So the secret of cheap vps server service is completely based less power(or outdated) hardware installation and oversells. You can rarely find a cheap service with everything as guaranteed.

Arvixe is arwarded the best vps server provider based server features, virtualization platforms and performance. Arvixe provides both windows and linux vps hosting plans with leading server configurations. The arvixe windows VPS hosting is created on windows server 2012 from hyper-v platform. Host servers are updated with newest DELL server production and security fixes. You will get free websitepanel with all optimized services ready on your vps server such as sql server database, mysql database, email server etc. The linux vps plans are offered on Centos and created by Virtuozzo which is the best as suggested above.

Unlike all other vps server providers, everything is provided as "Managed" by arvixe group. Vps servers get sufficient RAM and CPU resources to deal with medium to large web applications. Meanwhile, their support is available 24×7 through multiple channels from all United States. Your server and data are all protected in safe hands.