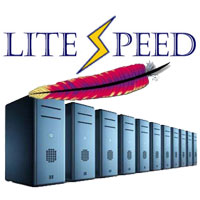 What's Litespeed? Litespeed is one of the most popular and fast responding web server solution. Since from 2002, litespeed has been installed on millions servers and serving lots of popular websites on the globe. While it's 100% compatible with Apache configuration, it's fully optimized for speed and removed lots of unnecessary components from apache for weight loose.

As litespeed is more and more popular, many hosting companies are planning to introduce into this web server. Till present, there's one most popular web hosting providers with litespeed support — Hawkhost

Here's a table list of hosting features with the two webhosts

Hawkhost is considered the standard choice of litespeed hosting today. Pacifichost is simply bad according to users' experience and heavy complaints on the web. They oversell a lot and caused frequent downtime on daily basis. It's not a recommended host by any chance. Hawkhost is definitely better choice based user experience and hosting offers. They offer honest and reliable hosting services to help with your website success. What's more, you can get up to 50% discount by following this hawkhost coupon page!

The only weakness of litespeed is it's Linux-only working environment, but definitely not everyone prefers to linux. If litespeed team could develop windows version product I believe litespeed will get unbelievable amount of fans. Since apache already pretty successful for across platform installation, litespeed should has no much problem to deal with.

Why Litespeed is faster web server?

Litespeed is clean and optimal network processing architecture designed from the ground up for low-latency and scalability.

Yes, Litespeed is 100% compatible for apache technologies, you don't have to make further changes.

Yes, you can host asp.net scripts under litespeed web server by compiling FastCGI binding to Mono.

cPanel is by far the best hosting control panel for litespeed.

How much should you pay for litespeed hosting service?

The price may vary depends your requirement. However, it should not be more than $5/mo for shared litespeed hosting plan.

IIS vs Litespeed vs Apache

Can litespeed be compared to other main web server softwares such as IIS and Apache? Surely they can!

IIS has the longest history in web server development and it's a MUST for microsoft developers as it's integrated with Asp, Asp.net and many other ms technologies. Just like litespeed with linux friendly, IIS can be deployed to Windows only.

Apache is by far the most popular web server software for it's stability and user friendly structure. The best of the best is you can configure it for almost every server system with easy management tools. Apache is also the standard choice of most linux hosting prov

How about litespeed in the comparison? If speed is your most concerned point, litespeed is the best replacement of Apache and 100% compatible with existing apache configurations! If you got many complaints about the performance, you can try out litespeed and discover the surprise!

So basically, IIS is only for microsoft windows and Litespeed is only for linux server. But apache works with both platforms and most popularly used by service provider. Litespeed is outstanding for it's leading performance and light weight.